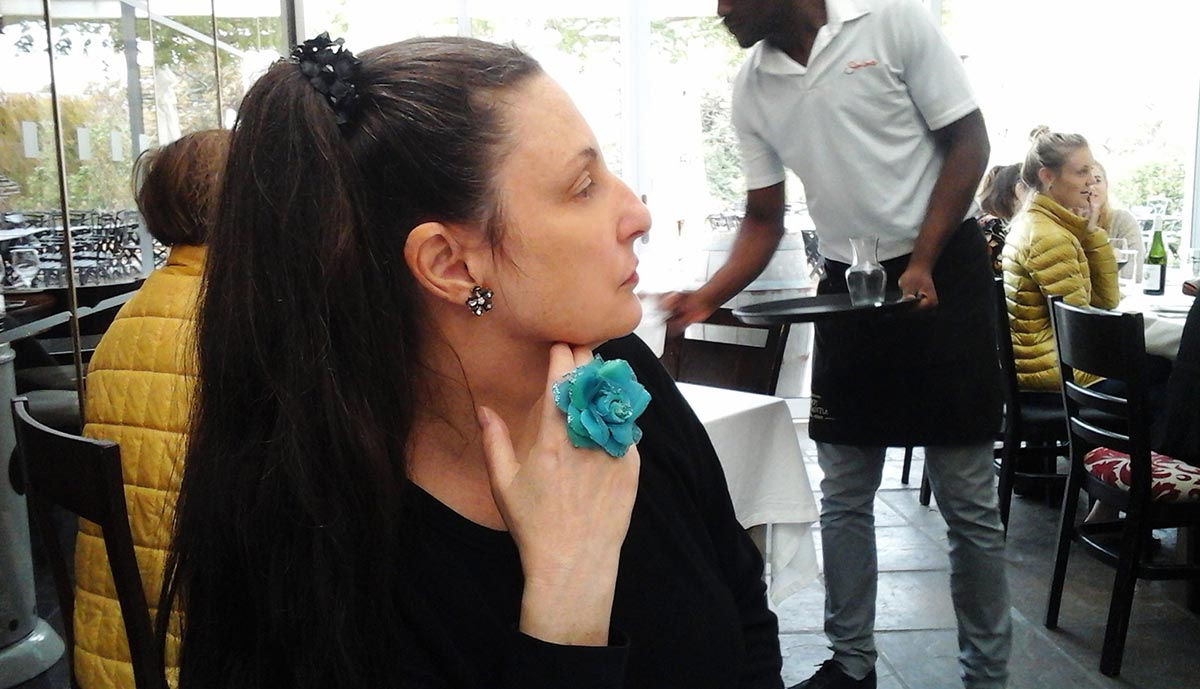 “Story Of A Hero" Khufu Triumph mix by Franco.
Khufu, was the second king of the 4th Dynasty of ancient Egypt, and builder of the Great Pyramid at Gizeh - where Donna's hair now lies.
Amongst the wealthy elite of that ancient kingdom

The Donna Darkwolf sent this to me... Four Hours out from her Call to Battle…

Donna - always examining and measuring everything going on around her.
I sit, transfixed by this image. Lost in Admiration... At table with Ma 'At,
the ancient Egyptian goddess who balances hearts with her feather, to test their Purity.
I gaze at my Hero. My beautiful Queen - Nefertiti. Proud. And Beautiful.

The Genie out of The Bottle. The Soldier into the Battle by Donna Darkwolf

My Donna Darkwolf sent this missive to me Four Hours before she checked in to the Here-After Hilton Hotel.

from:  Donna darkwolf@netactive.co.za
to: Franco design@franco.co.za,
moreno franco morenofranco.design@gmail.com
date: Jul 6, 2017, 11:58 PM
subject: RE: The Genie out of The Bottle - The Soldier Into The Battle

My Franco - Bésame Mucho
It is almost midnight and I am lying here thinking of you
Thank you as always, for a lovely dinner, with my favourite Minion. LOL
A curry at my Vintage India always cheers me up. But to have your witty conversation is my best delight.

I know that I can have you and The Wolf on my doorstep in under 7 minutes.

The Die is Cast and the Game Begun... there IS NO 'Back'!

I fear what will happen – if I call my soldier free – what you may do in your rescue of me.
When I let the bolt free from my cross bow.

The Genie out of The Bottle. The Soldier into the Battle.

Yet I also know that you will be my First Choice, and Last Hope of Rescue.

Fiery the Angels Fall
Cold Thunder Boiling Around their Shoulders.
BURNING... With The Fire of Orc.

I lie here, in my nice warm bed, and imagine these things. And I can imagine only Fire and Ice.

I have been beside you when I have seen you galvanized by the possible threat of imminent danger,

when you have pushed me back behind you, and stepped forward, between me and a possible threat from getting close to me.

I know I sleep every night with a dangerous Soldier, who is always ready to pay the ultimate price, to defend me.

I imagine you in Egypt, a marching stride as always, marching up to the North Face.

To cast my dust into my Egypt’s Timeless Sand, and bury a lock of my hair at the South Face.

While I wander in Elysium with the sun on my back – dreaming of you.

What a glorious and romantic Prelude to the Next Tale of The Witch and The Soldier.

Ever since my mother and father travelled on, I have wondered how my story would be carried, celebrated and remembered.

Now I have the confidence of the knowledge, that I have again found, the only honourable
and gallant man I have had the good fortune to discover in my long lives.

With great relief and joy, I can now pick up my spear and my shield, and march into The Undiscovered Country.

Prepared. Safe with the knowledge.
That I have one such as yourself, my faithful "Minion", my trusty Flight Lieutenant,
to keep my heart warm and hold me.

I know that the next few months will be AS Exacting and AS Difficult, as any you have seen in actual battle.

However, based on the history of the Stainless Steel Rat that I have had the merry chance to witness
I have every confidence that you will "clear a path",  as you are want to say
"And Prevail At Any Cost!"
'Down to Gehenna or up to the Throne, He travels the fastest who travels alone'.
to quote Rudyard Kipling.

"My dearest franco. For, I now have my own beautiful Soldier,
to protect and hold me.
A battle-scarred Soldier. A single, lone Soldier.

Fortune has smiled upon me,
I know I will not un-honoured rest
The symbol of Time shall not reap
My still heart from my torn breast
While the myriad millions sleep
For I have you - My Soldier
Who will my Own Heart Keep.

Find me again. In Paris, or on Sirius - It will not be difficult for you.
I have Seen through your eyes...
I know exactly what I am looking at - when I look at you.

Raw, unvarnished Truth. "Check your corners!", you said - LOL.
Well! My beautiful Soldier - I have you in MY Corner! - Now We Are Two! Brace up!
"Back to Back!"
As we prepare to defend ourselves
You OWE me One KISS EACH! Bésame Mucho!

Your NEFERTITI. Your Only Bella Strega Carissima Ragazza.
Your Donna Darkwolf
Your Shiny Wife
Mine is the honour - to serve beside you, my franco.

See Full Card
In the spirit of my Donna Darkwolf "EDITING" greeting cards, to suit her own purpose. Just cross out stuff and insert her own INTENT. HOW MARVELOUS!

Based on The Evidence

All presented here, on this website - the Donna Darkwolf checked out.
Four hours later. Approximately - 04:04 AM.
The last Runtime on her computer.
She, Marching off. Determined. Resolute. Boldly.
Across The Undiscovered Country - to Sirius, the Dog Star

A Wolf is a type of dog...
Donna is The Darkwolf. Where else would she go?
"Find me on Sirius" - her last words to me...

One bright morning, I will discover my Darkwolf walking on the shores of a distant Ocean.
Under a different Star.
But not in This Life Time.
Not on this World.

And once more, as before, she will say, cheerfully: "AAhh! You found me!"

"All My Life Is A Circle"

"I found you a thousand times;
I guess you done the same;
But then we lose each other;
It's like a children's game;

As I find you here again;
A thought runs through my mind;
Our love is like a circle;
Let's go 'round one more time." 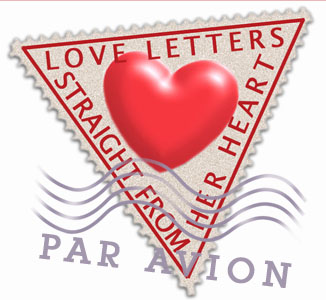 NEXT >> Rise My Phoenix 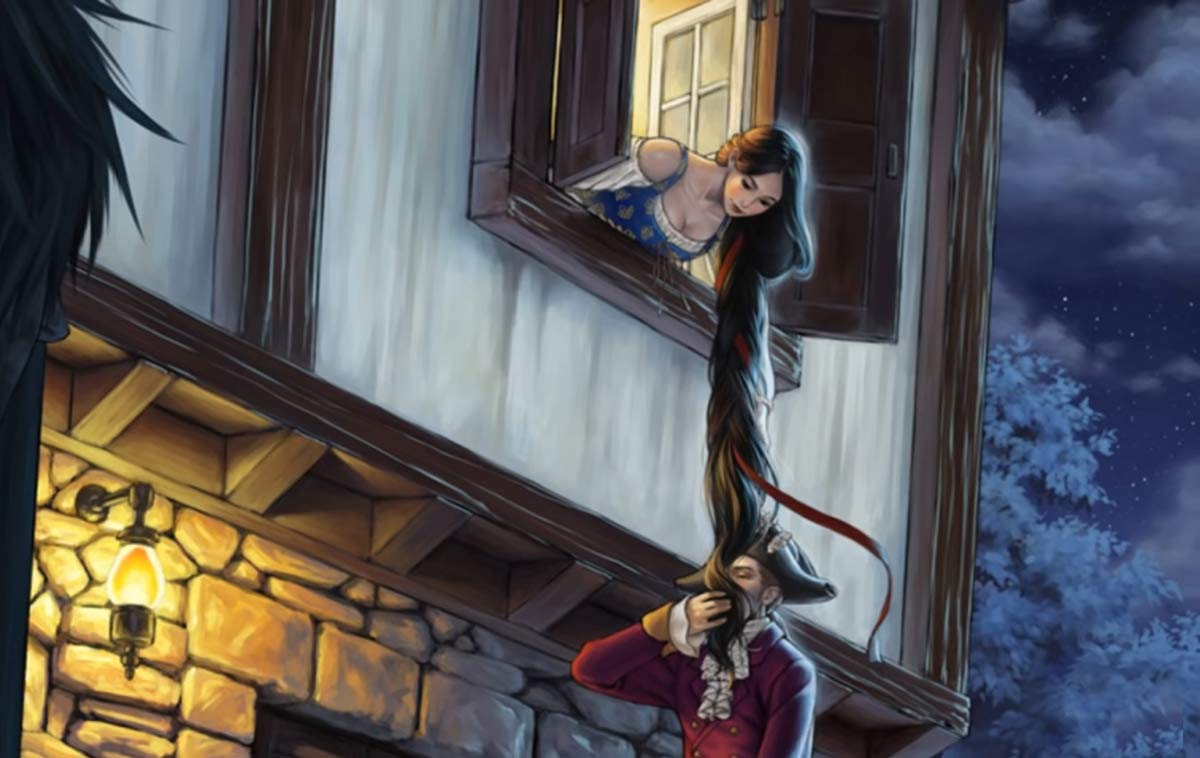 my franco, listen to this song - i dont know that it has any thing do do with us but i can imagine us in this story. xxxxxxx
https://www.youtube.com/watch?v=xBcEjCnZSUo The Highwayman
by Alfred Noyes

He'd a French cocked-hat on his forehead, a bunch of lace at his chin,
A coat of claret velvet, and breeches of brown doeskin;
They fitted with never a wrinkle: his boots were up to the thigh!
And he rode with a jewelled twinkle,
His pistol butts a-twinkle
His rapier hilt a-twinkle, under the jewelled sky.

Over the cobbles he clattered and clashed in the dark inn-yard,
And he tapped with his whip on the shutters, but all was locked and barred
He whistled a tune to the window, and who should be waiting there
But the landlord's black-eyed daughter,
Bess, the landlord's daughter,
Plaiting a dark red love-knot into her long black hair.

And dark in the dark old inn-yard a stable-wicket creaked
Where Tim the ostler listened; his face was white and peaked
His eyes were hollows of madness, his hair like moldy hay,
But he loved the landlord's daughter,
The landlord's red-lipped daughter,
Dumb as a dog he listened, and heard the robber say--

"One kiss, my bonny sweetheart, I'm after a prize tonight,
But I shall be back with the yellow gold before morning light

He did not come in the dawning; he did not come at noon
And out o' the tawny sunset, before the rise o' the moon,
When the road was a gypsy's ribbon, looping the purple moor,
A red coat troop came marching--
marching--marching--
King George's men came marching, up to the old inn-door.

They said no word to the landlord, they drank his ale instead,
But they gagged his daughter and bound her to the foot of her narrow bed
Two of them knelt at her casement, with muskets at their side!
There was death at every window
And hell at one dark window
For Bess could see, through her casement, the road that he would ride.

They had tied her up to attention, with many a sniggering jest
They had bound a musket beside her, with the barrel beneath her breast!
"Now keep good watch!" and they kissed her. She heard the dead man say--
Look for me by moonlight
Watch for me by moonlight
I'll come to thee by moonlight, though hell should bar the way!

She twisted her hands behind her; but all the knots held good!
She writhed her hands till her fingers were wet with sweat or blood!
They stretched and strained in the darkness, and the hours crawled by like years,
Till, now, on the stroke of midnight,
Cold, on the stroke of midnight,
The tip of one finger touched it! The trigger at least was hers!

Tlot-tlot; tlot-tlot! Had they heard it? This horse-hoofs ringing clear
Tlot-tlot, tlot-tlot, in the distance? Were they deaf that they did not hear?
Down the ribbon of moonlight, over the brow of the hill,
The highwayman came riding,
Riding, riding!
The red-coats looked to their priming! She stood up, straight and still!

Tlot-tlot, in the frosty silence! Tlot-tlot in the echoing night!
Nearer he came and nearer! Her face was like a light!
Her eyes grew wide for a moment; she drew one last deep breath,
Then her finger moved in the moonlight,
Her musket shattered the moonlight,
Shattered her breast in the moonlight and warned him; with her death.

He turned; he spurred to the West; he did not know she stood
Bowed, with her head o'er the musket, drenched with her own red blood!
Not till the dawn he heard it, his face grew grey to hear
How Bess, the landlord's daughter,
The landlords black-eyed daughter,
Had watched her love in the moonlight, and died in the darkness there.

Back, he spurred like a madman, shreiking a curse to the sky,
with the white road smoking behind him, and his rapier brandished high!
Blood-red were his spurs i' the golden noon; wine-red was his velvet coat.
When they shot him down in the highway,
Down like a dog on the highway,
And he lay his blood on the highway, with a bunch of lace at his throat.

And still of a winter's night, they say, when the wind is in the trees,
When the moon is a ghostly galleon tossed upon cloudy seas,
When the road is a ribbon of moonlight over the purple moor,
A highwayman comes riding--
Riding--riding--

A highwayman comes riding, up to the old inn-door.
Over the cobbles he clatters and clangs in the dark inn-yard
He taps with his whip on the shutters, but all is locked and barred
He whistles a tune to the window, and who should be waiting there
But the landlord's daughter,
Bess, the landlord's daughter,
Plaiting a dark red love-knot into her long black hair.