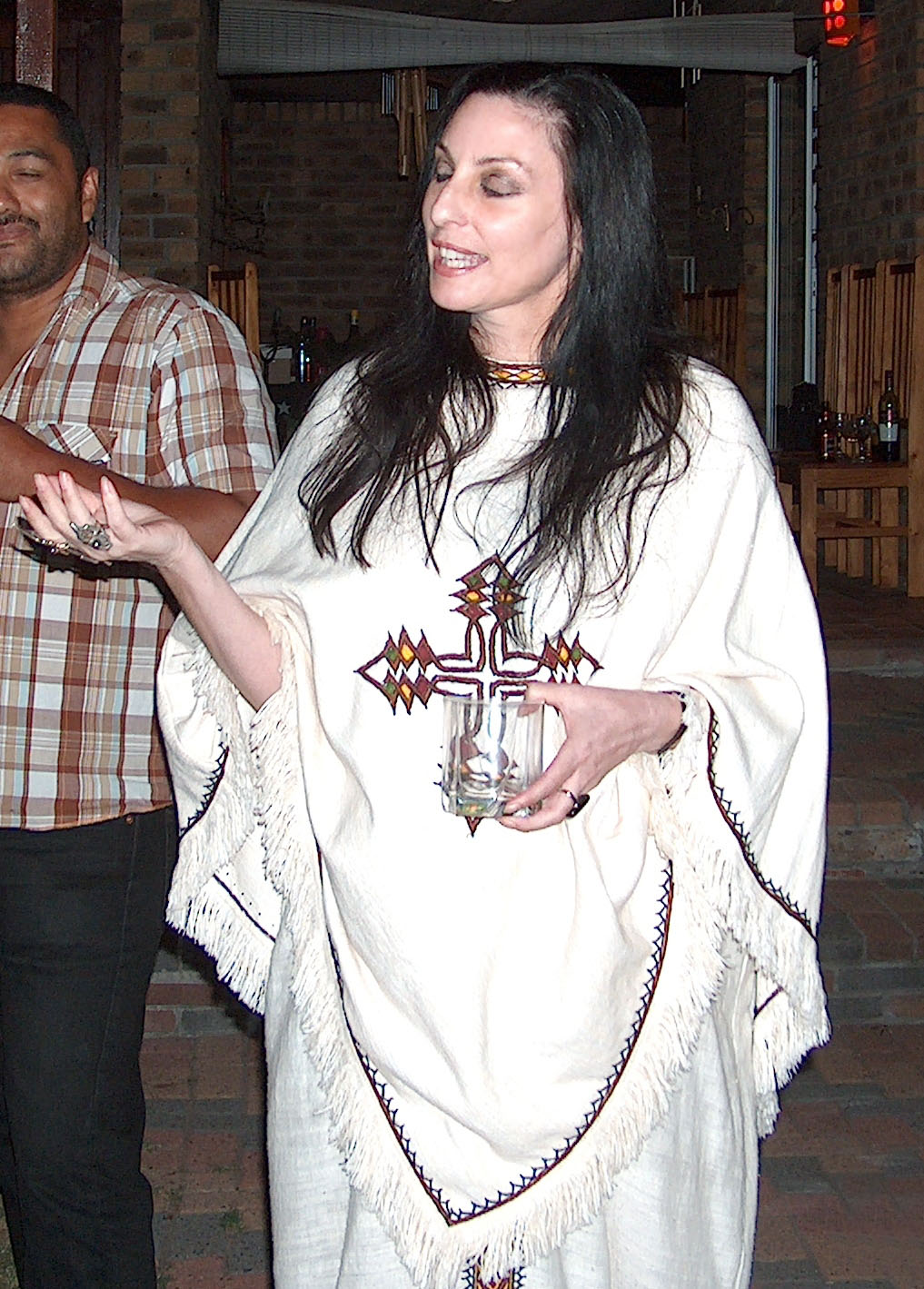 "From Paris With Love" - by Melody Gardot. The one voice that I have discovered whose timbre sounds closest to The Darkwolf's.

Donna Darkwolf: "Drink to Life as if there's no End!"

I Never knew I was in the presence of a Hero.
The Pagan Priestess, Donna Darkwolf was a Hero to other people, before I met her.

Donna became my Hero: Her Fortitude. Her Determination. Her Unrelenting Commitment to Truth.

One could watch her and witness: "Effortless Grace, under Fire".
The "Calm in the Eye of The Storm".

Donna posesses a quality the Military refers to as: "Of Uncommon Valour".

I gradually discovered what a Hero Donna Darkwolf was to other people.
When she wrote me, that I was HER  Hero, in her Farewell Letter to me -
I was brought to my knees.

"Heroes NEVER Look Like They Do, in History Books…"

Extract for something I wrote for Donna, while she was away in Johannesburg preparing to open her Academy of Magick

“With my song
I will charm Demeter’s daughter,
I will charm the Lord of the Dead,
Moving their hearts with my melody.
I will bear Her away from Hades…”
(Ovid)

It is a Dream
Perpetuated by me, with all the people that I meet, talk with, and make association.
An endless Dream.
They merely believe that I mean the truth.
Which it is True, at the moment and soon forgotten, in their minds – REPLACED by other more urgent truths…

Until “One Day” when the “truth hits home”
Much like a “BOLT FROM THE BLUE”
Very few people can make the educated association between “BOLT” and “BLUE”
You are well read. Educated, even…
So that when that cross-bow bolt is heading toward you at 300 FPS… You definitely understand.
It is a dream… until the dreamer awakes…
I am that Bolt… On that Flight.
Once out of the channel… Unchangeable.
Not Able To Be Recalled.

The bolt is gone. And the future will play out.

And the future is playing out...
We peer into The Abyss
The Abyss appears to return our gaze
Mirror
My Life Arrives at The Point!
Just as a Bolt from the Blue
Kn0ck Knock
Heroes NEVER look like they do, in history books…
The Universe sends them to us in many Forms.
And when the world is chaos?

WHEN the world changes, Blood is ALWAYS SHED
People will die
All we can do in this world is
Fight... Do or Die Trying

"Then to the Lip of this poor earthern Urn
I learned the secret of my Life to learn
And Lip to Lip it murmured: While you live,
Drink, for once dead, you never shall return!"

From The Rubáiyát of Omar Khayyám 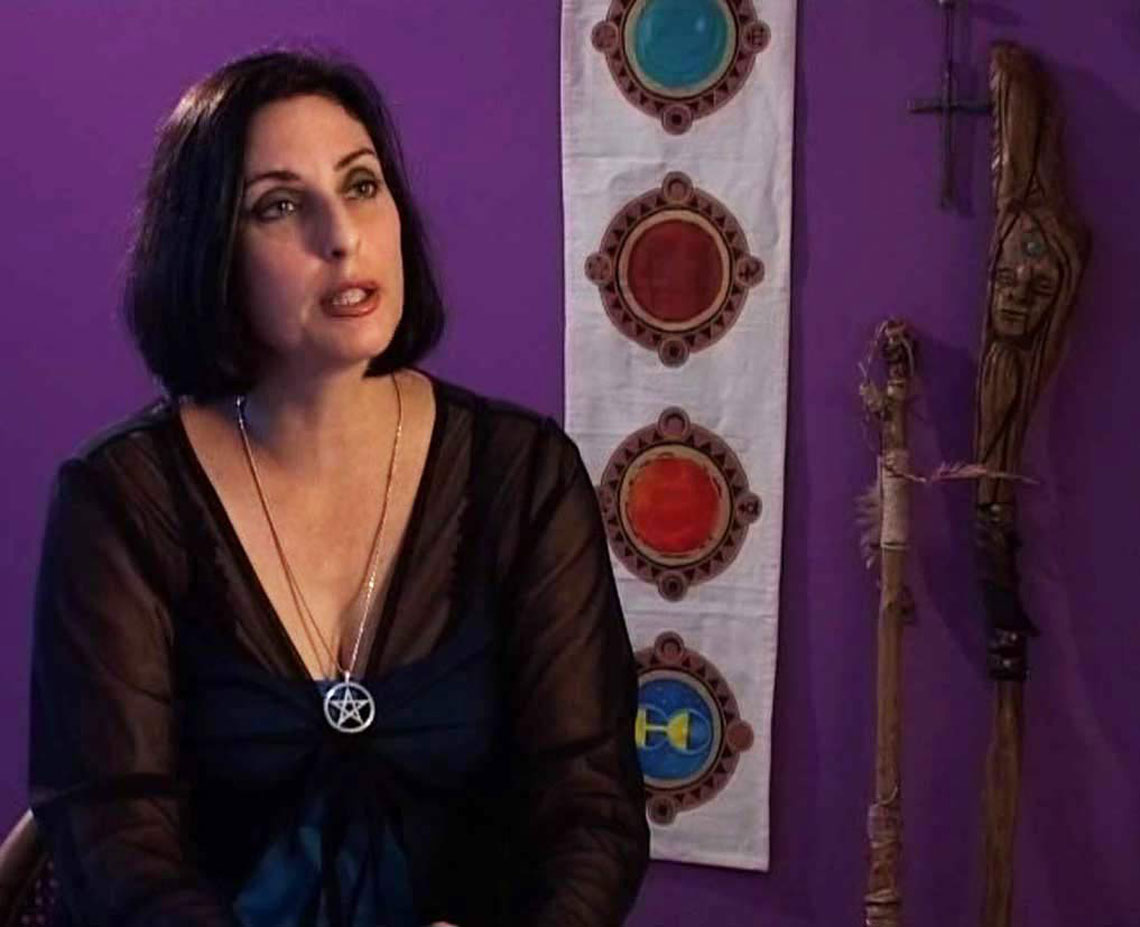 Donna Darkwolf during another TV interview

Let me tell you what it takes to Be A Hero.

Firstly. More often than not, You are only a Hero when you are dead.

Up until that moment you are Just Doing Your Best to DO YOUR JOB! And not get killed in the process!

The Donna Darkwolf did her job.
With kind Sacrament
Powerful Incantation
Words of Solace
OR
Words of Thunder.

A peaceful Weaver of Peace
Or a wrathful Teacher of Grace

One Way. OR. The Other. You WILL LEARN.
Whether she has to plead on her knees. Coax you gently. Or. Eventually beat you into shape
You WILL LEARN.

There is no escaping dying in the Fire - to be re-born.

She escaped Nemesis
She escaped Thanatos
She escaped paying the boat-man on the River Styx.
Slipped off her dancing shoes
Seruptitiously left the dance floor
Packed her single suitcase
And boarded the flight on the Fleet-Liner "I.G.V. Nectanebo"
Bound for Sirius-6

I am her Witness
The Darkwolf told me: "I am a Wolf. Find me on the Dog Star of Sirius"
"You are Soldier! Make your Way! Find me!".

Those words were not uttered with any kindness, or casualness.
Rather with an edge of imperious, sharp demand for action.
An instruction - not a request.
Almost bordering on Queenly irritation, at having to resort to Pointing Out The Obvious!

No Argument. No Negotiation. No Compromise.

NEXT >> The History of My Life