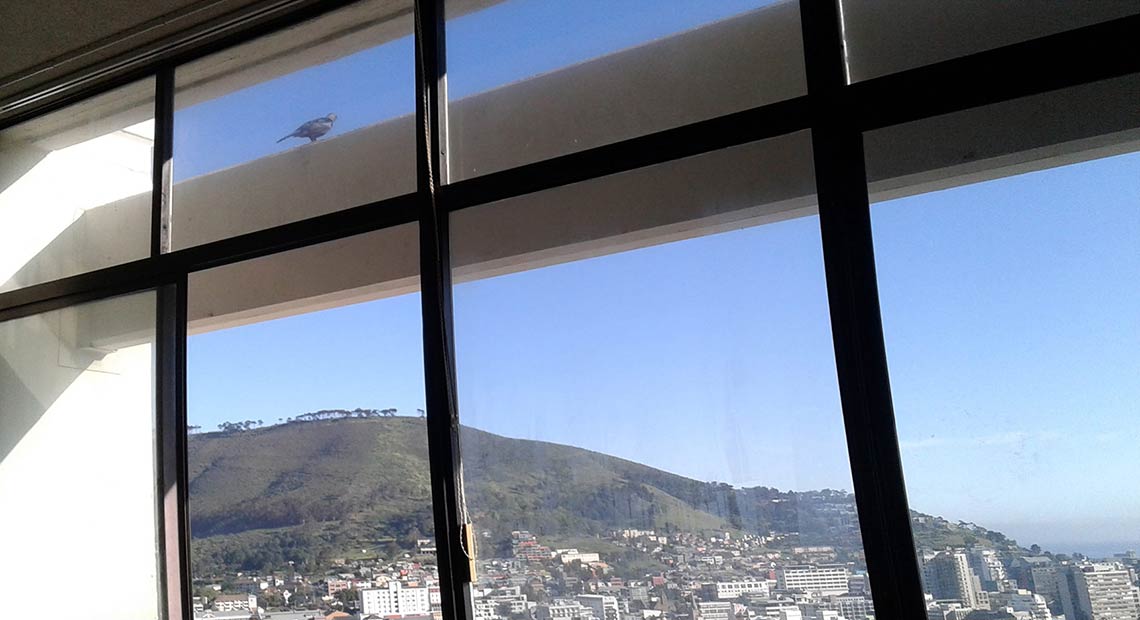 I never thought much of it. I was used to Donna Darkwolf predicting things - and them coming to pass.

Then, the morning I was preparing to fly to Egypt to scatter Donna's Ashes and bury her hair at the Great Pyramid - The Blackbird Arrived!

Cape Town has an endemic bird population of Red-winged Starlings. They are normally spotted flitting around in pairs.
There are several things unusual about THIS Blackbird.
First, it is alway solitary.
Second, it is most unusual for the bird to be 17 floors up on a tower block. There is neither food nor shelter up here.
Third, it cannot be scouting for a nesting site. The buiding stands in a wind corridor - and Cape Town is extremely windy. But he does pitch up on some mornings When I first met Donna, and she used to tell me strangely "impossible-to-believe" things, and I would tell her that I could not believe in such.
Donna replied: "Don't worry... You'll soon come around".
And I did. I was forced to accept her predictions, or prescient pronoucements - because they all came to pass.
Blackbird is one example. I forgot all about her Blackbird "predictions" after she Passed. Until Blackbird appeared at my window.

Blackbird pitches up almost every day now, with some occasional abscences 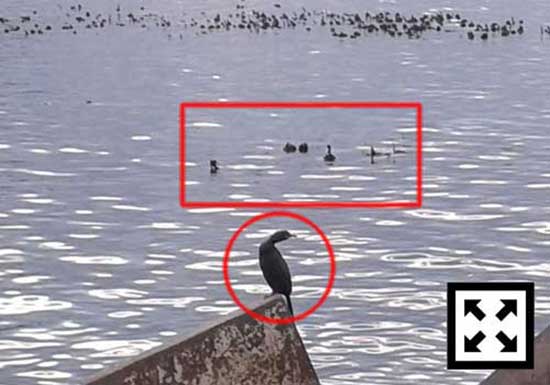 In her 'Mail from Eternity Part II' letter, that I had to open on 3 April 2020, I was at Kalk Bay having a scotch at Donna's memorial green light beacon.
And of course, Seven Black Birds.

The entire time while I was having a scotch with Donna, this curious black cormorant sat watching me.
Only after I had taken this photo - did I notice the OTHER SIX birds behind it.
So not only 'Donna's Little Black Bird' - but seven of them.

When I moved into Donna's house: It had been her parents house. After they had passed away, she has a spiked steel pallisade fence erected facing the street.
There were high concrete walls between her neighbors on both sides and behnd the property.
Donnas father had been ex-miltary and owned a gun - and had already shot one intruder. So the word must have gotten around.
Then Donna's father passed away. So the word would have gotten around.
The woman lives alone.

Donna immediately did magical convocations at the four corners of her property, installed a wildebeest skull above the doors of the double garage, with a gold pentagram painted on its forehead, and put up carved West-African masks, above two massive Djembe drums at the front door - with a dream-catcher suspended above the door.
Despite most of the properties being broken into at some point - Donna's house was never broken into .
When I moved in, I put up the two signs. "Ter be shure, Lass! Ter be shure!". 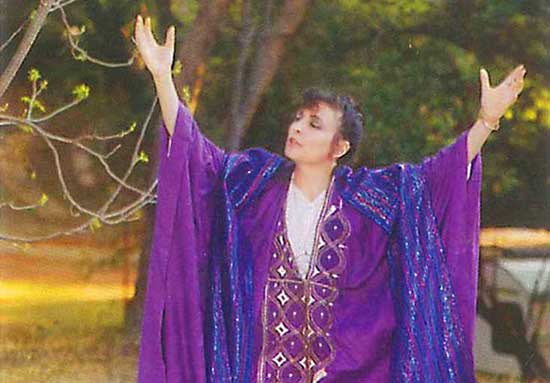 But I think it was other effects.
Africans are a very superstitious lot.
I believe that it was not just the West-African masks, and the wildebeest skull, but the sight of Donna  - with her exotic robes, Egyptian mascaraed eyes and Patrician nose - that most likely gave burglars a moment of pause.

Or, she may have been observed doing her mystical incantations in the garden.

Plus of course, there were the many Pagan an Wiccan ceremonies, rituals and festivities that she presided over or hosted - which attracted gatherings of sometimes up to eighty "strangely-dressed" people.

Usually carrying strange things like ceremonial swords or decorated staves.
And with so many vehicles parked out in the road - there was always a security guard on duty to keep watch.

NEXT > All My Life's A Circle

Then There is the Saga Of Magical Seven

Donna must have made some spell that would always alert me to her "presence".
After her Passing, the Number 7 made its self obvious and even 777, when I was running some errand on behalf of her.
It hardly ever hapens now - except when I go to visit her memorial bench on the beach, or have breakfast at her favorite restaurant.